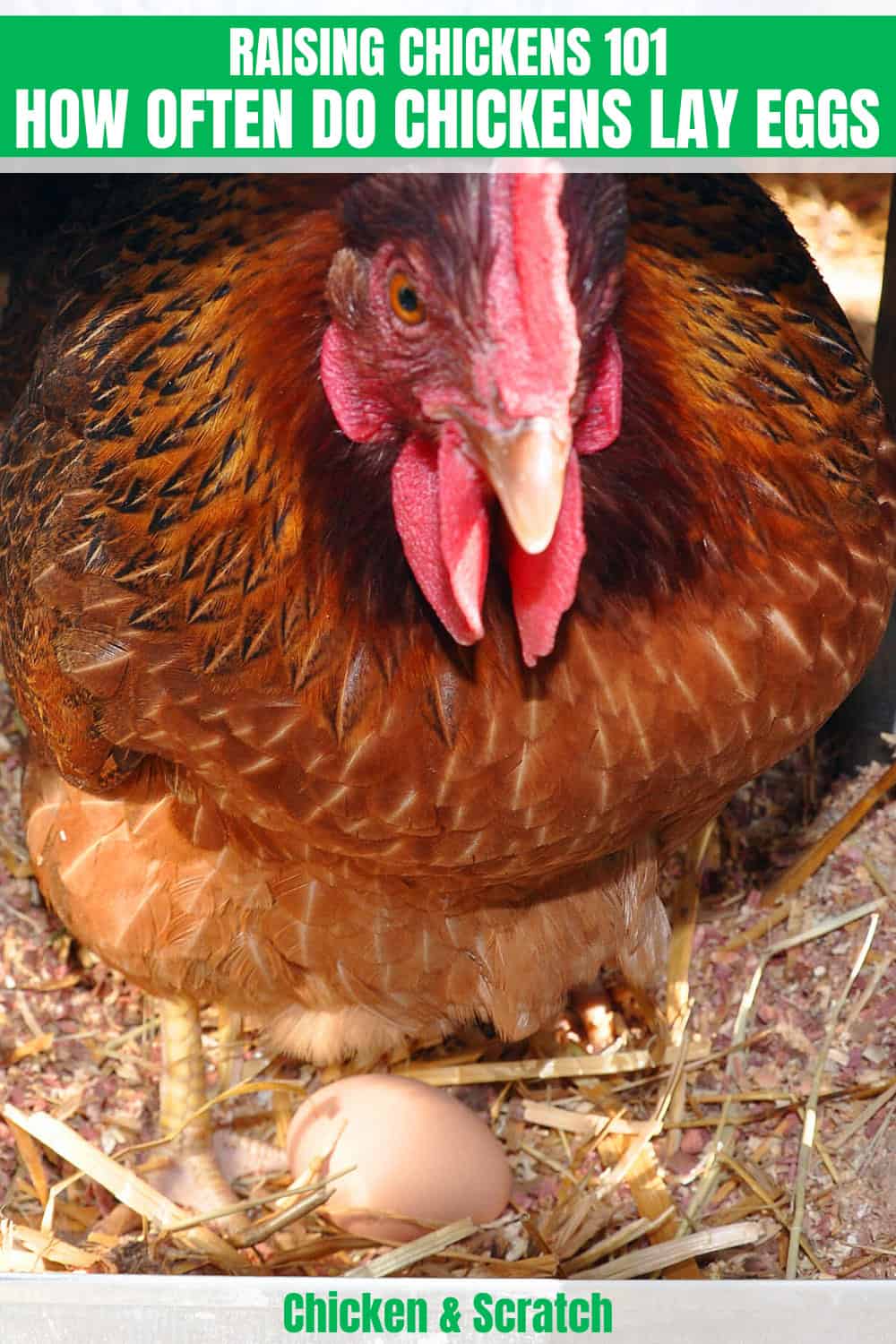 Raising your own chickens brings with it lots of benefits—they clean weeds and insects from your yard, work as natural garbage disposals of kitchen scraps and produce excellent fertilizer. But, of course, the real advantage to keeping chickens is the supply of tasty, fresh eggs.

More than any other factor, a chicken’s breed determined the frequency and rate of its egg production. So how often do chickens lay eggs if we consider the factor of breed? When it comes to laying, breeds are broken into two broad categories: production breeds and heritage breeds.

Production breeds provide large quantities of eggs, but only for a short period. After two years, their egg-laying rate drops off considerably.

Heritage hens provide a more continuous, sustained production of eggs—usually at a consistent rate over three to five years—but they are slower to start, and they produce fewer eggs when they do lay. Some breeds, such as Rhode Island Reds, are available in both categories, but others are only found in one.

During their peak laying period, some chickens can produce one egg every 24 to 36 hours. During this period, it typically takes the chicken’s reproductive system 24 to 26 hours to actually form the egg (20 hours of that is spent on developing the calcium-heavy shell alone).

Most of the work of forming the egg during this process occurs at night, while the bird is sleeping and conserving energy from other bodily systems.

30 minutes after an egg is laid, the yolk for the next one is released from the ovary and the process of forming the next one begins. At peak performance, a chicken lay between eight and 12 eggs before its body will pause for one or two days to recover, and then it will resume its regular schedule.

The answer to the question “how often do chickens lay eggs” depends, then, on the breed, though on average—and assuming good health and living conditions for the chicken—you should expect to get around 250 to 280 eggs from a healthy, well-fed chicken over the course of its life. 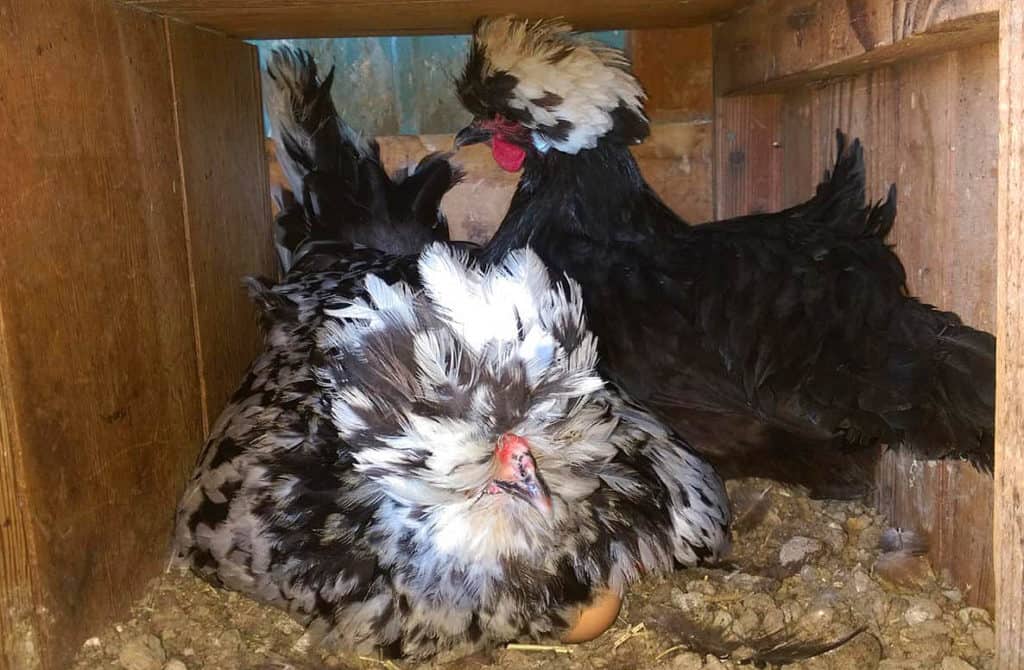 The ten most productive breeds and their average output are:

After breed, the two most important variables in answering the question “how often do chickens lay eggs” are its age and health.

While different breeds experience slightly different timing for egg-production over their lives, generally speaking, most chickens will follow the same schedule. Most hens will begin to start laying eggs around 18 to 20 weeks of age. Egg production pace will typically reach its peak when the hen is around 30 to 32 weeks old.

If a chicken at peak egg production age suddenly slows or stops laying, it may be an indication of a medical condition or disease. Chickens are susceptible to a number of diseases that can reduce egg production, such as coccidiosis and infectious bronchitis. Fowlpox is a particularly virulent infection that can causes chickens to lose body mass and stop laying.

It is important to familiarize yourself with the symptoms of diseases in chickens and to keep daily records of egg collections, so you can spot a slow-down in production and determine if the slowing rate of egg production is a result of a more serious, potentially contagious condition that could sicken or kill the rest of your flock.

If you suspect a disease is responsible for slowing your chickens’ egg production, consult a livestock veterinarian as soon as possible so they can help diagnose and remedy the problem.

You can get more information on our article: 8 Main Reasons Why Chickens Stop Laying Eggs. 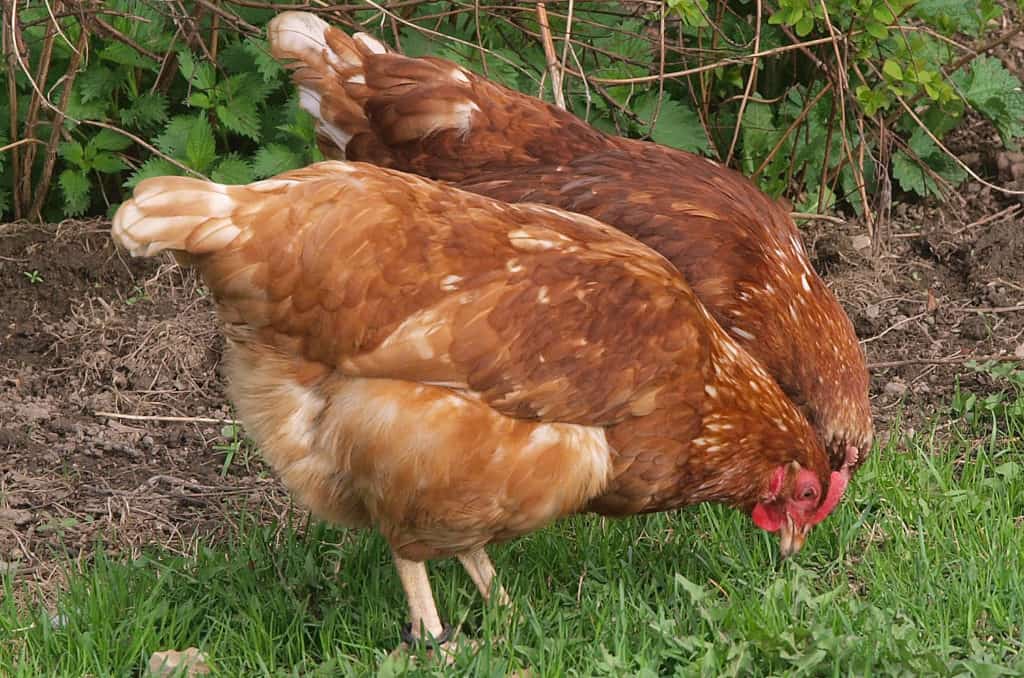 Diseases caused by poorly maintained coops or a failure to attend to the flock’s health are related to another variable that can impact egg production: lifestyle situations for the birds. These situations relate to the context of the flock’s quality of life, including diet and space. Answering the question “how often do chickens lay eggs” requires attending to these details of the bird’s life.

In order to physically make an egg, the chicken’s body requires a balanced diet that provides energy, protein, and calcium. Laying chickens need to consume a diet that is 16% protein, 3% calcium, and 0.5% phosphorous, as well as being rich in nutrients such as sodium and vitamin D. They also need a constant supply of clean, freshwater.

Without these sources of nutrition, the chicken’s body will slow or stop the production of eggs in order to re-assign the distribution of any nutrients it is getting to its own survival. Chickens who are mainly fed scratch feeds and table scraps, for example, will soon stop laying because those diets lack these nutrients.

Instead, fed your chickens a premium laying mash or pellet, supplemented with occasional fresh fruit and vegetables, mealworms, and crushed oyster shells. We have a complete guide to feeding your chickens if you are wanting something more specific.

Any less than these minimums and your chickens will experience stress and conflict between birds that reduces egg production. In addition, the coop, nest boxes, and run must be cleaned regularly and kept free of accumulated waste that can lead to disease, parasites, and stress.

The presence of these things will quickly stop egg production, as can the failure to remove eggs from their nest boxes within four to six hours of being laid. The boxes themselves should be lined with a soft and comfortable bedding material.

Make sure that you inspect the coop regularly to ensure it is fully enclosed: if predators can get in, they will often steal the vulnerable eggs, reducing your total. 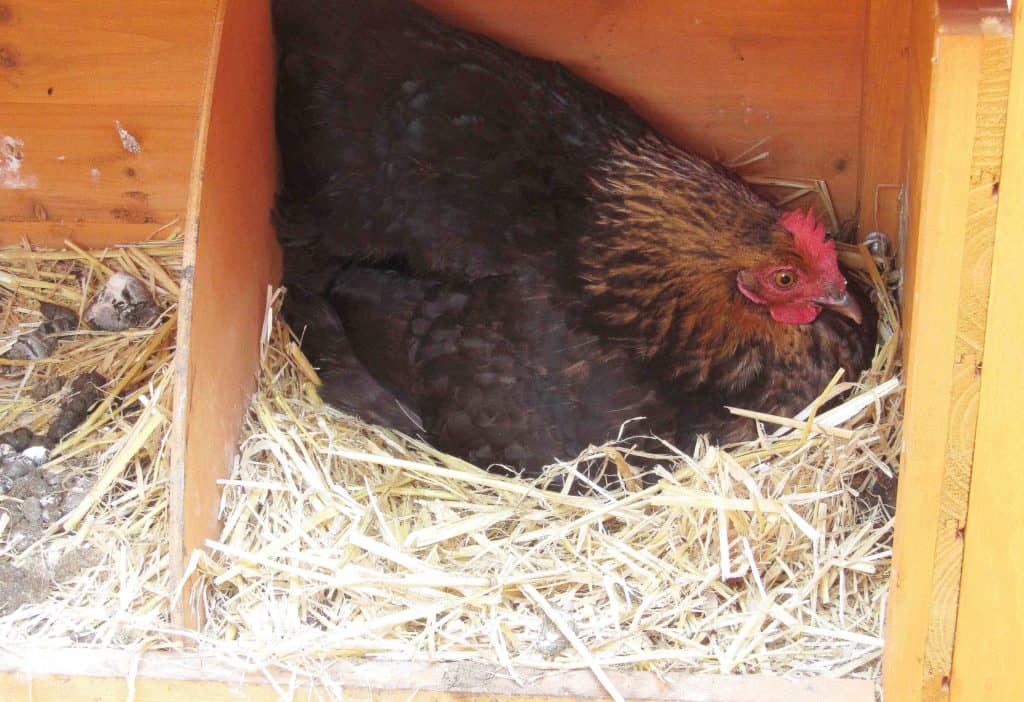 There are some variables in the answer to the question of “how often do chickens lay eggs” that you cannot control. These environmental factors, including time of year and the weather, can greatly impact your flock’s productivity.

Even healthy, well-fed hens at their peak production age will slow their laying as the temperature drops in the late fall and early winter, though there are some specific winter breeds (Plymouth Rocks, for example, and Buckeyes) that will keep going as the snowfalls.

How often do chickens lay eggs? It will also depend on daylight, which is another variable that shifts with the seasons. Chickens require about 16 hours of light to stimulate their laying cycle, which means that between the summer solstice and winter solstice (in the Northern Hemisphere), there will be a gradual reduction in the laying rate and quantity.

When daylight drops to 10 hours, expect around a 50% rate of production, and at 6 hours, only a 20% rate. During this period of waning light, the chicken’s body is programmed to molt and slow down its systems, leaving no energy or nutrients for the egg-development process.

Other weather-related events may also impact answers to the question “how often do chickens lay eggs”. There is some evidence that sudden changes in temperature, cloud cover, and air pressure—before and after a storm system, for example—can reduce egg development. Even eclipses can throw their cycle off briefly.

How often do chickens lay eggs?

The number and rate of egg production in chickens will vary depending on factors such as breed, age, health, diet, living conditions, and time of year. On average, however, most breeds will provide around 250 eggs over their lifetime and, at peak age, will lay approximately every 24 to 36 hours.