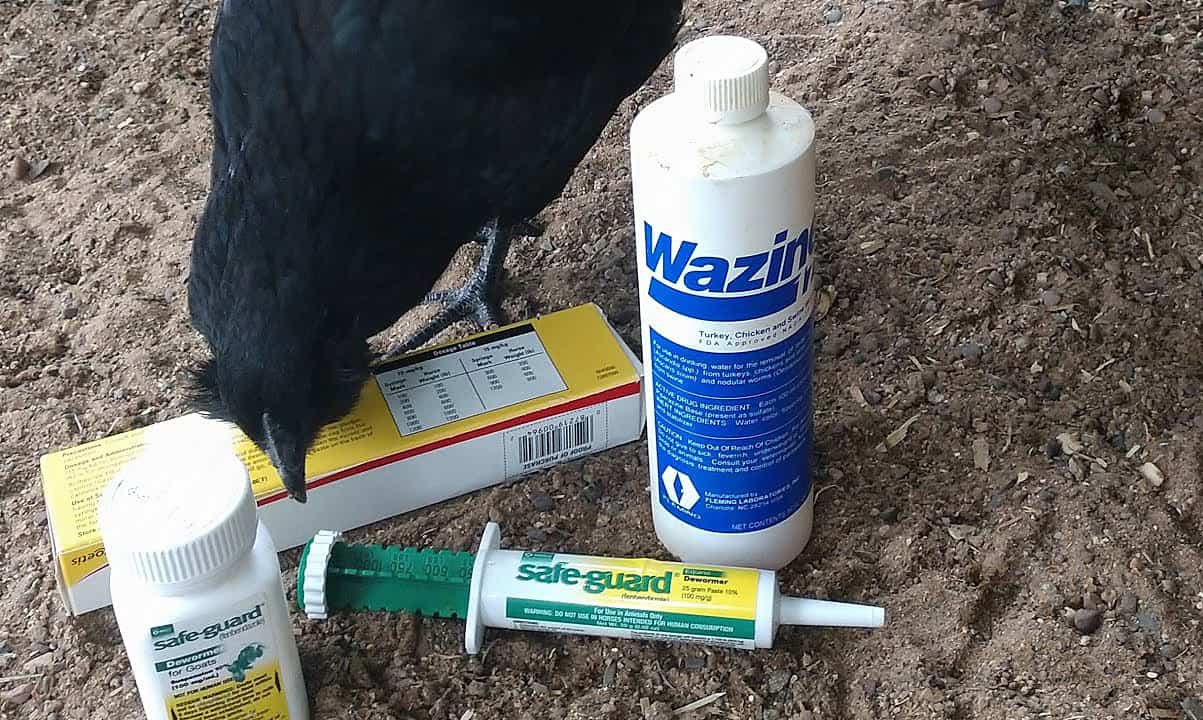 In this riveting article, we’re going to dissect the curious subject of worming chickens. We’ll go over the most fascinating aspects of this topic, answering the top questions that novice farmers have about keeping chickens healthy and parasite free.

What You’ll Learn From This Article 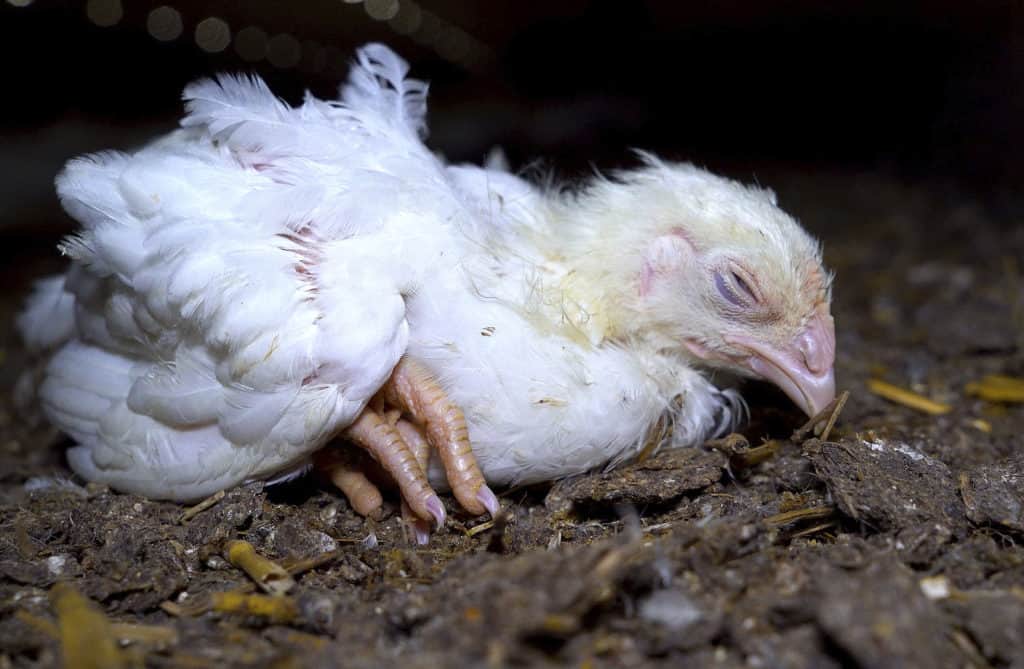 In the worst case scenario, the worms could infect the chicken to the point where the animal is unable to process foods efficiently. The animal could be in pain, and the worms could be severe enough that the animal dies from being loaded with parasites. However, parasitic worms usually feed in a way that prevents mortality.

If the chicken is healthy, you won’t notice any abnormal behavior. However, the worms will spread to other chickens. Other animals could pick up the parasite because it is easily transferred through stool.

When you harvest eggs from a chicken that is loaded with worms, you will actually notice the worms inside of their eggs. This could cause sickness for the people that eat the eggs.

Fortunately, there are several ways to manage parasitic worms in chickens, so there’s no reason to panic. As long as you take immediate action, there should be no dire consequences.

According to an astounding article from a backyard chicken farmer, there are five types of worms that every chicken farmer should be concerned about preventing. Veterinarians have claimed that worms are a normal occurrence when raising chickens, so you shouldn’t feel bad or blame yourself for this problem.

Even though there are several other types of worms that could get into your chicken coop, there are really only five types that you’ll need to take seriously.

The following section goes over the worms that matter; these worms could cause disease if they’re left unattended. Since some worms live in the intestine, they are able to absorb nutrients that the chicken needs to survive. 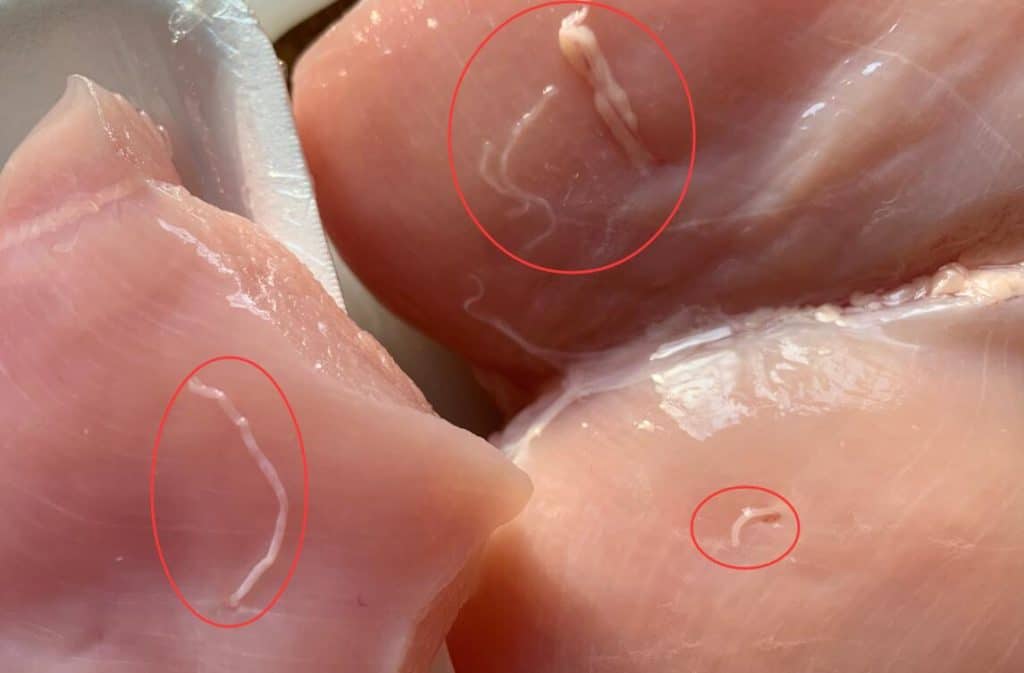 Don’t Use These Olden Methods to Worm Chickens 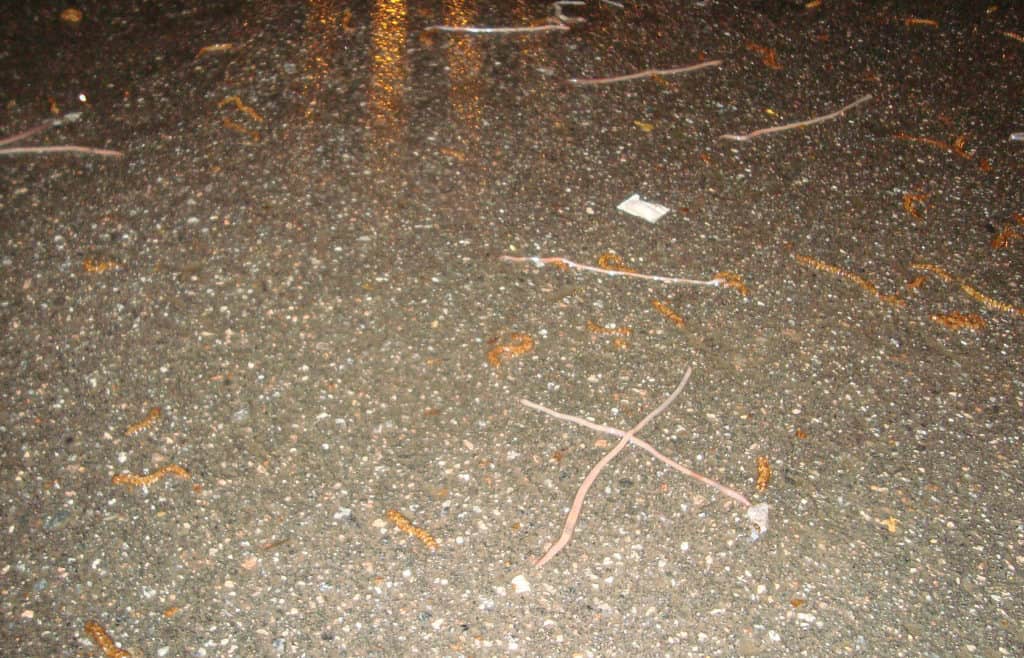 From the blog of a mother and farmer who likes to share interesting facts, you’ll never believe what farmers used to do to get rid of parasites. Before treatment options were so readily available, farmers would add a little lye into the food that went to their livestock.

Lye is not recommended by veterinarians because it could cause serious health issues for an animal. In fact, this poison could be carried by the animal, and microscopic doses could matriculate into the foods that are produced in a process called biological magnification.

While it may be interesting to find out what farmers used to do, please do not rely upon this method. Remember that you’re taking time to research thoughtful, proven methods to get rid of parasites that are harming your chickens. Let’s take a look at some of the top treatment options for getting rid of worms in chickens.

What to Do When You Find Worms 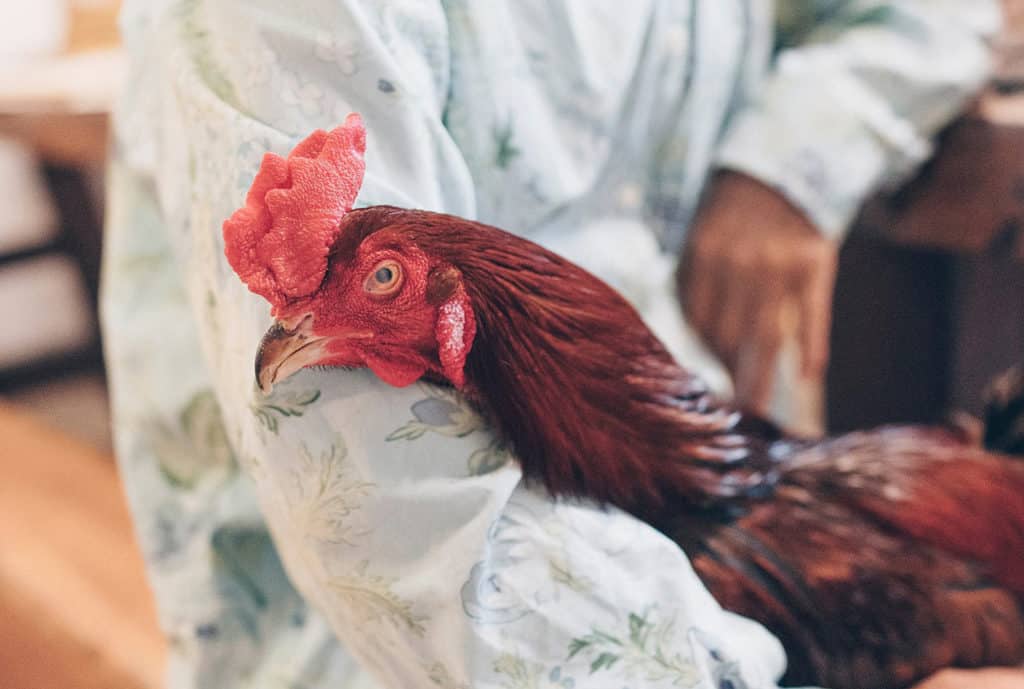 If your flock becomes infected with parasites, you will find yourself battling to get rid of the worms that you’ve found in their stool. This is a difficult process, for it can be unsettling to find worms in the stool of your beloved chickens. Even if you don’t see worms in their droppings, it’s possible that the parasites are too small for you to see.

It’s vital that you make every effort to keep your birds safe from natural threats to their physical well-being. If you suspect that your birds have picked up worms, you don’t have to worry. You’re not an irresponsible animal owner, but you should take steps to remedy the situation. If you let it go unnoticed, it’s possible that the worms will become a big deal.

When you take pride in your coop, you’ll feel better about raising wild animals. It’s tough to deal with parasites, but it’s a normal part of raising chickens.

Incorporate natural ways of dealing with parasite prevention. Methods listed above will help you control any parasite situation before it gets away from you. It’s a good idea to take regular precautions by worming chickens with one of the popular methods mentioned in this article.