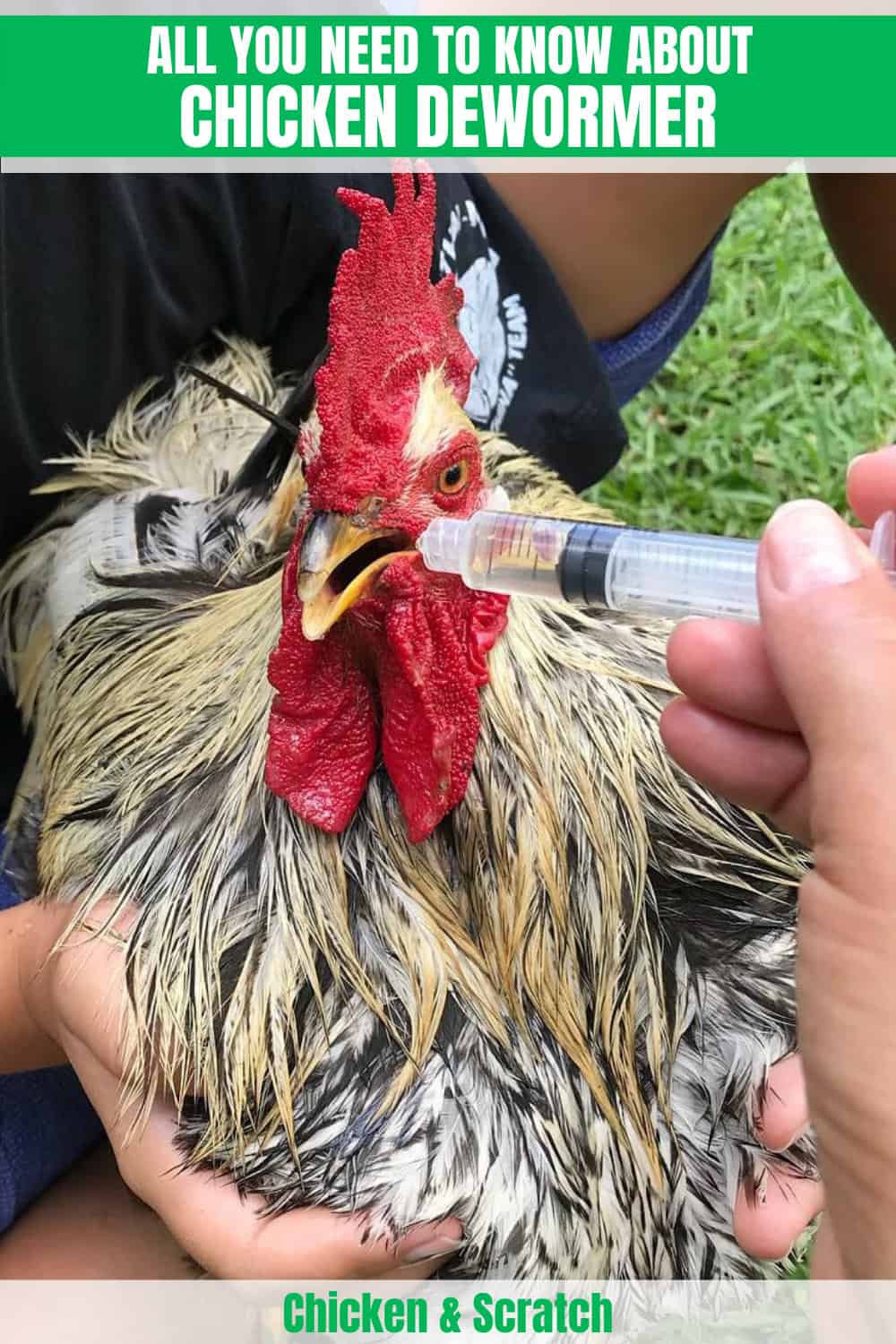 Chickens are a great addition to any small farm or homestead. They are fun, interesting, and make enjoyable companions all while producing eggs for you to eat or sell. While chickens are generally easy to keep, they do require some regular care to keep them healthy. One of the things chickens need is regular deworming.

When to Deworm Chickens

It can be hard to know when you should deworm your chickens, as they may not show any signs of having worms. It is important to watch for symptoms of worms in your chickens. This way you can make sure that you treat them with chicken dewormer before the worms harm them. Some common signs of worms in chickens are:

If your chickens have worms you are unlikely to actually see them, though in some cases they may be visible. Most worms stay hidden inside their host’s body and the only evidence is often the presence of worm eggs. Since the eggs passed are microscopic, you’d need help from your veterinarian to accurately diagnose them this way.

Kinds of Worms that Affect Chickens 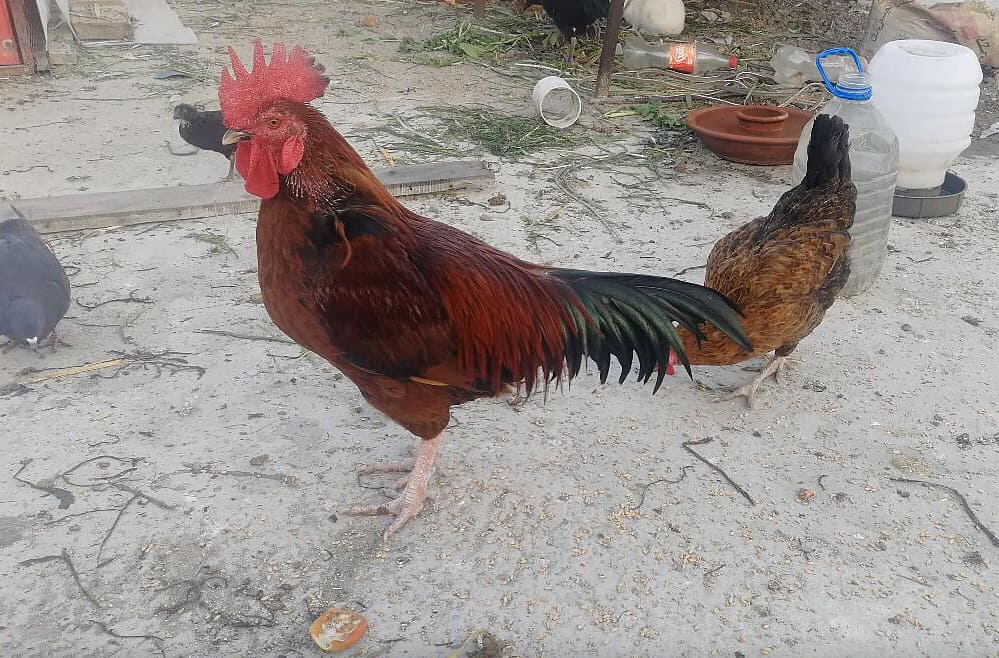 Chickens get worms because they live outside and eat things that carry worms, such as different kinds of bugs and slugs. They can also be infected when they forage for food in an area that has been contaminated by the feces of other animals.

Worms or worm eggs can survive outside of a host for a year or more. This means they can lie there on the ground just waiting to be picked up by your chickens. A good chicken dewormer will kill most kinds of worms that your chickens are likely to have.

Some of the more common worms that chickens get infected with include the following: 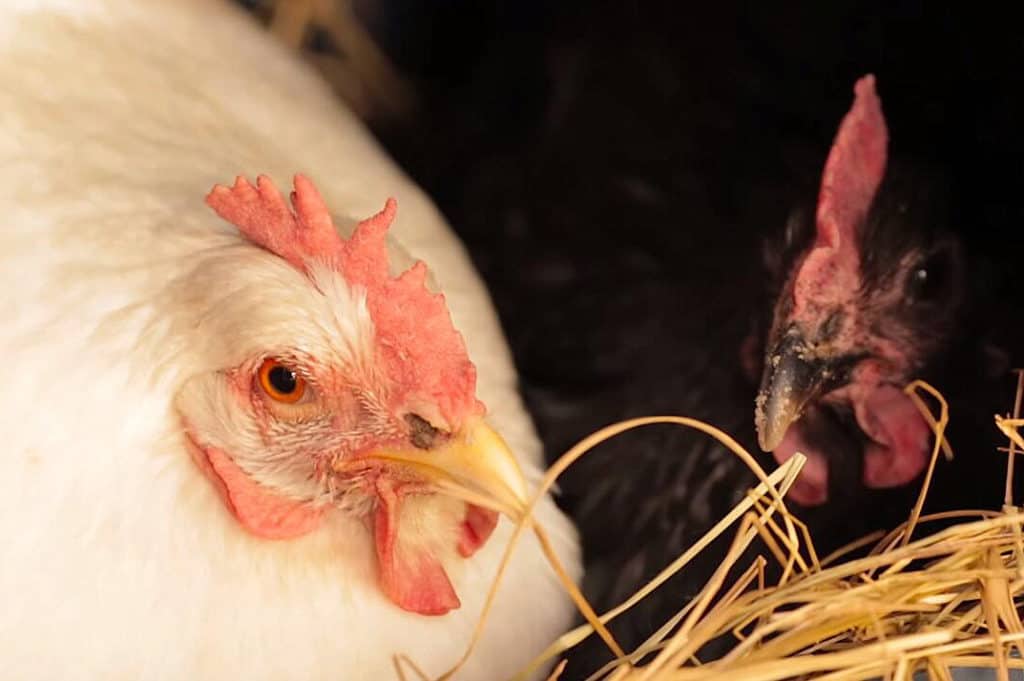 A variety of commercial chicken dewormers are available that can be used to kill worms in chickens. These will protect them and prevent them from falling victim to these pests.

It is ideal to know the type of worms you are targeting with your chicken dewormer, if possible. However, the use of a good all-purpose chicken dewormer will remove most kinds of worms. If you deworm your chickens and continue to have problems, consult a veterinarian for help.

When you decide to deworm your chickens, you can choose to do it in response to symptoms or as a prophylactic measure. When deworming chickens showing signs of infestation you should deworm them as soon as you notice symptoms of worms.

When deworming chickens as a prophylactic measure, give them chicken dewormer on a schedule. This is done whether they show signs of having worms or not.

Chicken dewormer containing piperazine is also commonly available. While this medication is safe, piperazine only kills roundworms. Fenbendazole and albendazole are also safe and will kill more than one type of worm.

Use caution when deworming your chickens. Chicken dewormer is unlikely to kill all of the worms infecting your chickens, but it does control them. Deworming means that the parasitic worm population in your chickens is reduced. The numbers of parasites are reduced to levels that won’t harm your birds.

Deworming them too frequently won’t get rid of all of the worms. What it will do is to result in the remaining worms becoming resistant to the deworming medications. Many people choose to rotate the type of medicine used to deworm their chickens. This means that the worms encounter a different medication every time, so they’re more likely to be affected.

Some flock owners believe that the commercially available chicken dewormers are harmful to their chickens. They prefer to use more natural methods, such as herbs and diatomaceous earth. While such methods may have some benefit for chickens, the evidence is limited. There is no scientific proof that worming chickens with such natural methods are effective.

Some people advocate the use of tobacco as a chicken dewormer. The evidence is against this, as it will kill worms but is also likely to harm the chickens. Tobacco is far too harsh for chickens to consume safely.

How to Deworm Chickens 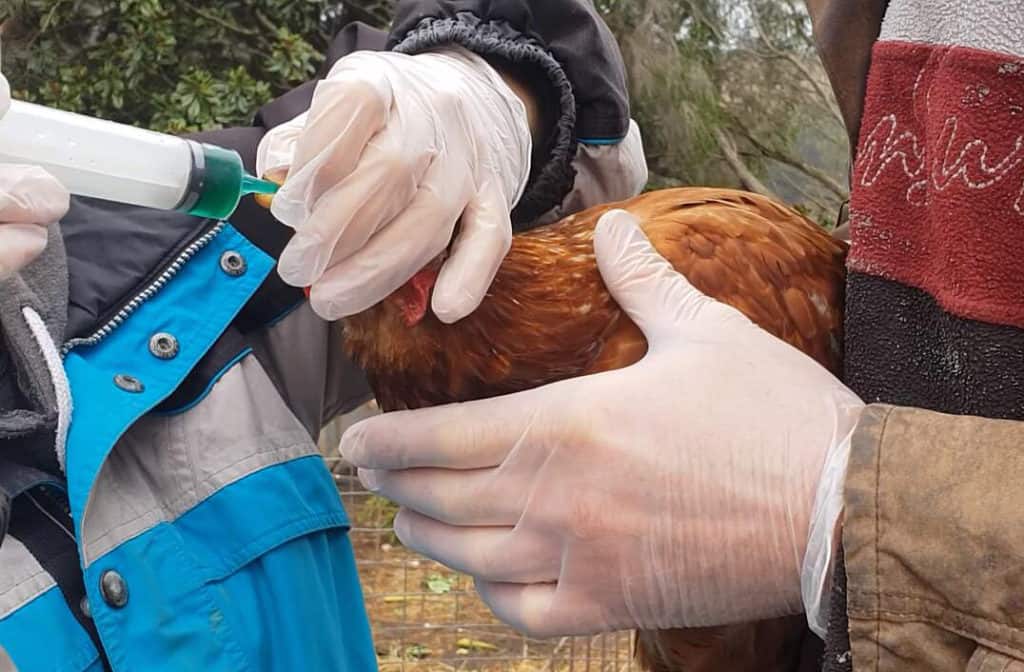 Chicken dewormer is given to chickens in their water or in food. There are two parts to administering chicken dewormer. The first part is to get the dose right. This is especially important in chicken dewormer that is mixed with the chickens’ water.

Too strong of a mixture may harm your chickens. Too weak of a mixture won’t be effective. It’s important to follow the instructions on the chicken dewormer to ensure that it does the job in the safest way possible.

When administering medicated food that contains chicken dewormer, it’s important to remove all other food. If the chickens have a choice, they may refuse to eat the medicated feed. This can result in them not being dewormed effectively, if at all. Small doses can also lead to resistant worms that will no longer be able to be killed by chicken dewormer.

The other part of administering a chicken dewormer to your flock is to make sure they have it available to them for long enough. It’s not going to be enough to put out some chicken dewormer for a day or two.

Most of the time you’ll need to leave the medicated food or water out for as much as a week. This makes sure that all the chickens have gotten enough medication and that the dose has been repeated several times.

Chickens count on their owners to ensure that they are safe and well-cared for at all times. This means that they need a safe place to live and plenty of food and water. It also means that flock owners must care for the health of their chickens. Chicken dewormer is an important part of that care, as it prevents parasites that can sicken or harm your birds.